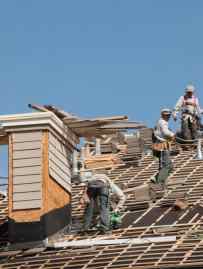 This week we learned that a Massachusetts contractor was indicted by the Mass Attorney General's office for workmen’s compensation insurance fraud. According to the article the contractor misclassified workers and averted paying $120,000 in workmen's compensation insurance premiums. He claimed that he was a general contractor when he actually performed roofing work. There is a good chance he can serve time in the big house. He even has testimonials on his website stating that he did a great job doing roofing.