EPA enforcement hits landlords in Massachusetts on disclosure not RRP 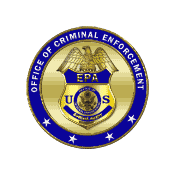 Much has been written about the EPA's lack of effective RRP enforcement in the country. This week the EPA announced that they have fined three companies to date for violation the EPA RRP lead rule. RRP compliant contractors state that competition from non-compliant companies is costing them jobs.

Contractors are asking the EPA; Where is the enforcement!

I was watching a movie the other day with Mel Gibson and Helen Hunt. In this comedy Mel Gibson tries on women's accessories to see if he can capture the essence of being a woman to help with ideas for an add campaign. Later in the movie he is hit by lightning and wakes up with the power to hear the thoughts of women. His new power makes him all so powerful with the opposite gender. As the movie progresses he becomes over whelmed with thousands of womens voices penetrating his brain driving him crazy. He soon longs for the days when he was normal.