The chances of contractors getting cited and fined by OSHA for fall protection violations are increasing significantly. In recent fall protection classes in Mass and CT,  the men are telling me they rarely see other contractors wearing harnesses or using guard rails while up on roofs, framing new houses or on upper elevations. OSHA is receiving hundreds of complaints and referrals from employees, sub-contractors, competitor contractors, unions, and even people just passing by! In a recent JLC article the author shows how OSHA logs enforcement activity of site visits on the OSHA website. 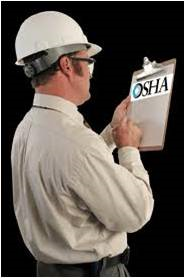 In Somersworth New Hampshire, OSHA was contacted by a concerned passer-by, who thought the employees of A+ Roofing were in danger of falling as they installed a roof. FINE..$61,600 Read more below...

At Friday's fall protection training at Rings End in Stratford CT, a general contractor asked me how to get his roofer, framer, painting and siding subs to follow fall protection safety while working on his projects. He is worried that they might get hurt and will be the cause of an OSHA site audit. He is concerned that this will lead to fines for his subs and his company.

Several contractors in the training attended an OSHA round table the day before where an OSHA representative form Bridgeport, CT. OSHA said multiple contractors can be fined on one job site if the conditions pose hazards to several trades on site.

(Framer in Northborough, Ma with no fall protection.)

Fines announced this week on the weekly OSHA newsletter.....

Jasper Contractors in Jacksonville, Florida, cited for exposing workers to falls and other hazards; $162K in penalties proposed

JACKSONVILLE, Fla. — Jasper Contractors was cited by the U.S. Department of Labor's Occupational Safety and Health Administration for six safety violations for exposing workers to falls and other hazards while they performed roofing work at two residential work sites in Jacksonville. The inspections were initiated in March 2014 after the agency received complaints that employees were working from roofs without fall protection. Proposed penalties total $162,000. Read more......

KEARNY, N.J. — While applying brick to the exterior of a new residential construction site located at 33 Emerald Road in Robbinsville, workers employed by Y.V. General Construction Corp. based in Kearny were exposed to scaffold and fall hazards. After the U.S. Department of Labor's Occupational Safety and Health Administration's April 2014 inspection at the site, initiated under its Local Emphasis Program for falls, the company was cited for seven repeat and two serious safety violations. Proposed penalties total $49,280. Read more......

Employees of Ken Stanley, doing business as A+ Roofing, were exposed to potentially fatal falls of up to 25 feet at a Somersworth, N.H., job site due to their employer's failure to ensure the use of required fall protection. The Occupational Safety and Health Administration opened its inspection in June after being contacted by a concerned passer-by, who thought the employees were in danger of falling as they installed a roof. The Milton, N.H.-based roofing contractor, which has been cited five times previously for the same hazard, faces $61,600 in proposed fines.

Why are the majority of contractors ignoring the OSHA Law requiring fall protection on their job sites?

I am thinking that no one wants to have an injury or death on their job site. I doubt contractors wake up saying today I am going to work and plan on dying.

But I am also thinking that most contractors will not adopt preventative actions and enforce the required OSHA safety on their job sites unless one of the following happen;

Why do contractors wait until something terrible happens to them before they take sensible preventative action?

We can help you (contractors and materials suppliers) with our fall protection training programs. We have open classes, conduct private trainings traveling to your choice location and partner with lumberyards and material suppliers.

Please stay safe, use fall protection to protect workers and don't be another OSHA fine statistic used in a press release. The press release can be found in a Google Search, what would your potential customers think if they saw you were fined by OSHA?