On Thursday 12/16/2010 in Boston, the Mass Department of Occupational Safety will be meeting with the Division of Labor to discuss funding for their department for 2011. The DOL and DOS hearing is open to the public. I have been invited by the DOS to share thoughts and suggestions regarding the Mass RRP Lead Law.

Homeowner seeking information on how to report contractor to the EPA

When I met with the EPA earlier this year they said they expected that homeowners would report contractors who are not following the RRP Lead Law. The EPA believed that as homeowners become more aware from their advertising efforts they would begin to make the calls. 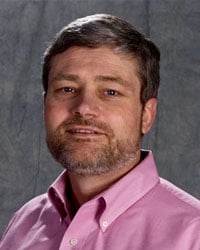 Last week was a busy week for The Contractor Coaching Partnership Workshop team. On Tuesday we had our 4th successful RRP Implementation Workshop in Westborough and on Thursday we had our first RRP/OSHA Respirator and Worker Protection Safety Program seminar.

Contractors in our EPA RRP trainings are asking when is the EPA RRP Enforcement going to begin. Unfortunately the EPA does not have the manpower to do it. Most contractors would like to see the local building or code inspector enforce the RRP Law. The following article should provide some hope that help is on the way.

On July 9th, 2010 Massachusetts took over the administration and enforcement of EPA RRP Lead Law. In order to accomplish this the State needed to show the EPA that their new law was as stringent or more stringent than the base EPA RRP version. Now after three months of studying this law and meeting with both DOS and OSHA officials I am convinced that the Mass Law is definitely more stringent.

I wonder if the EPA is on the way.

Count the violations and then multiply by $37,500 to calculate the fine amount. How many violations do you see? What am I missing?

Determine the amount of RRP violations you see in the video, multiply by $37,500.00 and reply to this post with the amount. The person with the closest answer will win the prize.

The violations and amount will be determined by RRPedia author and Mass RRP Lead Safe Instructor Shawn McCadden.

What should the fine amount be?

On Wednesday 10/20/2010 we will be holding our third RRP Implementation Workshop in Marlborough, Mass.

Long Island Lumber Yard, Speonk Lumber will host its 4th EPA RRP training on 10/22/2010. This important training will be held in Southampton, New York at the Old Polish Hall at 230 Elm St.

Contractors are asking the EPA; Where is the enforcement!

I was watching a movie the other day with Mel Gibson and Helen Hunt. In this comedy Mel Gibson tries on women's accessories to see if he can capture the essence of being a woman to help with ideas for an add campaign. Later in the movie he is hit by lightning and wakes up with the power to hear the thoughts of women. His new power makes him all so powerful with the opposite gender. As the movie progresses he becomes over whelmed with thousands of womens voices penetrating his brain driving him crazy. He soon longs for the days when he was normal.

In a recent EPA RRP Training class at morning break, I witnessed something I hadn't seen all year. We had just completed module 1 and 2 of the Certified Renovator class. I went outside to get some fresh air and return a phone call. After my call, a contractor standing near by was speaking passionately on the phone. He was speaking to his wife about what he had just learned about the effects of lead poisoning on children and how it can be brought home on clothing. He voice was full of concern as he asked his wife to call their pediatrician right away to schedule a blood lead test for his two children.

Previous All posts Next