The low number of RRP Certified Firms proves that the EPA's efforts to bring contractors into RRP compliance is failing. RRP compliant contractors we speak with, from Mass, NH, Maine, R.I., Conn, Pa, and New York, are justifably concerned that they will have to compete against contractors who do not include the costs of RRP practices. Contractors tell me everyday that they are losing jobs to non compliant contractors including illegal aliens, laid off construction workers, moonlighting fireman, teachers and munincipal employees. Contractors tell us that the underground contracting community is growing larger because the RRP Law is pushing more contractors to work illegally. Consumers are telling contractors that they do not want to pay additional costs associated with RRP. Consumers already under economic pressures, are eager to hire illegal contractors and take their chances. Last week I was told by a remodeler that he lost 4 projects this month to contractors who are not RRP registered in the State of Massachusetts or with the EPA. These jobs are on properties built before 1900! 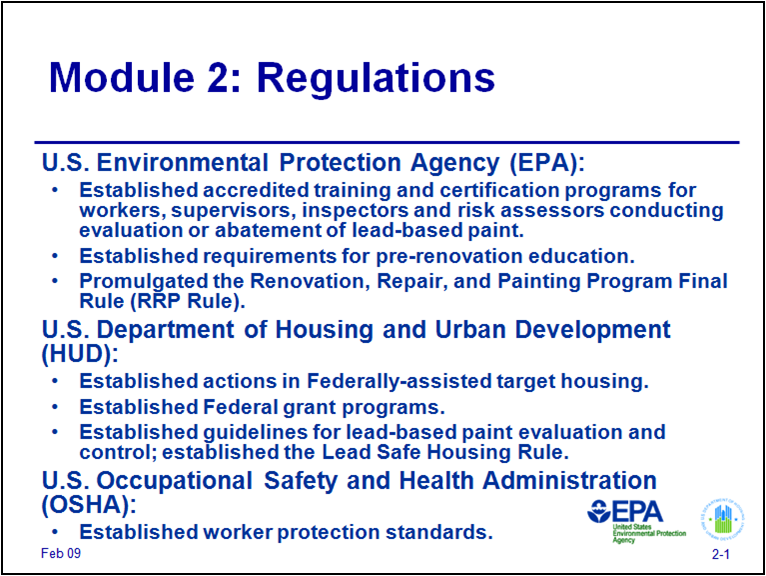 On 12/31/2010 the EPA RRP Certified Renovator deadline ends. All contractors, landlords, property maintenance personnel, sub contractors and those who work for compensation on pre 1978 homes must be certified. Anyone who is not trained must not offer to work or work on pre 1978 homes or they will be subject to fines from the EPA. Current fines are up to $37,500 per day per offense.

Last week was a busy week for The Contractor Coaching Partnership Workshop team. On Tuesday we had our 4th successful RRP Implementation Workshop in Westborough and on Thursday we had our first RRP/OSHA Respirator and Worker Protection Safety Program seminar.

We are constantly hearing complaints from contractors about RRP and losing work to the underground economy. Unfortunately, some would rather just complain and not do anything about it. We all know that government has a history of passing regulations without enough resources for enforcement. This is clearly evident with RRP. This year we have witnessed the lack of awareness by contractors and consumers due to a sub-par advertising campaign. The EPA has acknowledged that they need to improve their efforts in this area and I know personnally that they are doing more now in New England than earlier in the year. I agree it is not enough, however whether we like it or not, it is what it is. They need help to create a level playing field.

The recent Massachusetts takeover (7/9/2010) of the EPA RRP Lead Law is causing widespread headaches and confusion among contractors in the state. We have spoke with many lumberyards and building officials who are not aware of the changes. Many still believe that the EPA Memo of 6/18/2010, delaying enforcement of fines, is still in effect in Massachusetts. This is not the case. When Mass Department of Safety took over the law this nullified the EPA extension in the state. Currently any contractor who works on pre-1978 properties, who is not certified, is non-compliant. This change has caught many with their pants down and exposed to fines and work stoppages if they are caught. I spoke with a lumberyard today and they were under the impression that contractors have until 12/31/2010 to obtain the training. The fact is in Mass contractors must be trained now.

On June 18th, 2010 the EPA posted a memo that delayed enforcement and fines for Firm Certification until 9/30/10 and Certified Renovator Training until 12/31/2010. This memo also stated that untrained contractors performing work on pre-1978 homes must follow and be compliant with the RRP Lead Rule. The content of the memo has caused a significant downturn in the number of contractors signing up for the mandatory training. Many lumberyards have told us that contractors think they have until next year to do training and many contractors are claiming that the law will be reversed. In Massachusetts putting off the training and certification is going to be costly for contractors.

Massachusetts will soon become the 9th state to enforce and administer the EPA RRP Lead Rule. The state filed emergency legislation on April 2nd to begin the process that will lead to local enforcement. This change will provide local service from state government officials for contractors and property owners who must comply with the new law. The state filed today. Once approved the Department of Occupational Safety will run the program.

EPA RRP Enforcement of Contractors in Mass and New Hampshire

We have received several reports from contractors about EPA RRP enforcement over the last two weeks. The reports are from contractors who have signed up for our RRP courses. Contractors who work without their certification are taking a huge risk with their business. The fines can be as large as $37,500 per violation.

Previous All posts Next